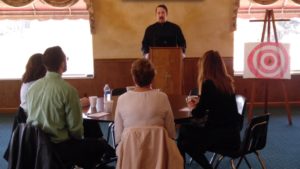 Beginning on Saturday, March 24th, the St. George parish hosted its 3rd annual Lenten workshop entitled, “Soul Mending – The Mystery of Holy Repentance”. Orthodox Christians from various jurisdictions, as well as Protestants and Roman Catholics from the surrounding community, attended this open event meant to deepen the community’s understanding of sin and reconciliation according to the teachings of the Holy Church.  Host-priest, Fr. Aleksa Pavichevich, not only offered information to those present, but had them do group work exploring the nature of sin, death, and repentance.

Together, the workshop participants reflected on the difficulty with recognizing and acknowledging “sin” in this modern era, while learning how to prepare for confessing their sins in the context of the Holy Church. After the morning workshop, participants enjoyed a light, lenten meal, and fellowship.  As in previous years, this event was offered as free gift to everyone in the Stark County community.

The following morning, the faithful of St. George Serbian Orthodox Church showed up in great numbers to celebrate Divine Liturgy on the Sunday of St. Mary of Egypt. The church community was vibrant in anticipation for the busy day ahead, which would conclude almost twelve-hours after Proskomedia began in the morning.

Following Divine Liturgy, Orthodox Christians from throughout the Cleveland, Akron, and Canton region gathered at St. George for a spiritually uplifting concert offered by seminarians from St. Tikhon’s Orthodox Theological Seminary.  In the church, filled to capacity, the twelve choir members filled the magnificent space with hymns from a variety of Orthodox musical traditions.

Throughout the performance, the seminarians offered captivating explanations of the meaning behind the music, almost all of which was taken from music sung at the Feast of the Annunciation that was celebrated in many other Orthodox jurisdictions on that very day.  One choir member in-particular offered his personal growth in understanding the veneration of the Most Holy Mother-of-God, having come from an evangelical protestant background where such veneration was not permitted. The collection taken during the event directly benefited the scholarships of the choir members who, God-willing, will be future servants in the Holy Orthodox Church. 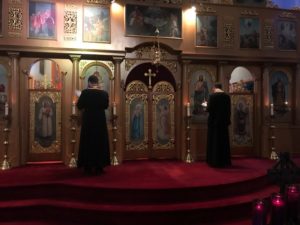 Immediately following the choir performance, all attendees gathered in the St. George Event Center for refreshments, and an opportunity to meet the seminarians and purchase items from the St. Tikhon’s bookstore.

Upon the conclusion of the service, all in attendance gathered in the St. George Event Center for a Lenten meal that included homemade soup, pogaca, falafel, fruit salad, and more. The many people in attendance enjoyed recounting the weekend’s marvelous and spiritually uplifting events as they dined together. Near the end of the meal, Fr. Sava (Medakovich) offered a lecture on the theme, “How do we come to know God?”.

As the workers of the St. George Serbian Orthodox church community began cleaning up from the various events they hosted during this busy weekend, their faces and spirits were not worn-down from all their labor.  In fact, quite the opposite – they rejoiced that God had blessed them to be able to host such wonderful events! 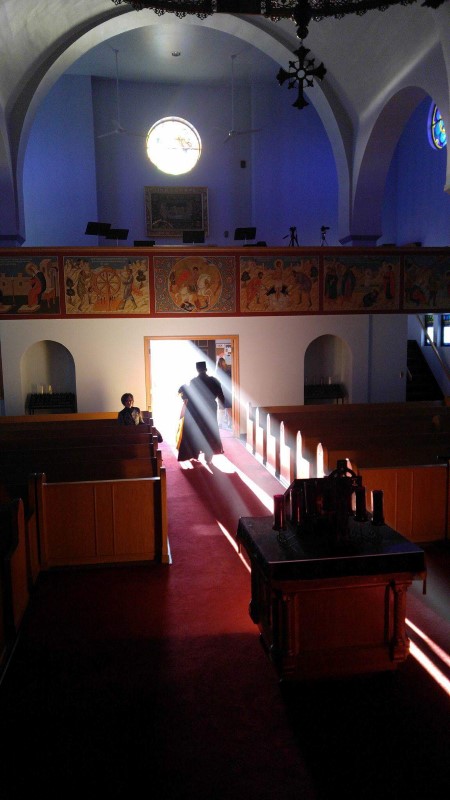 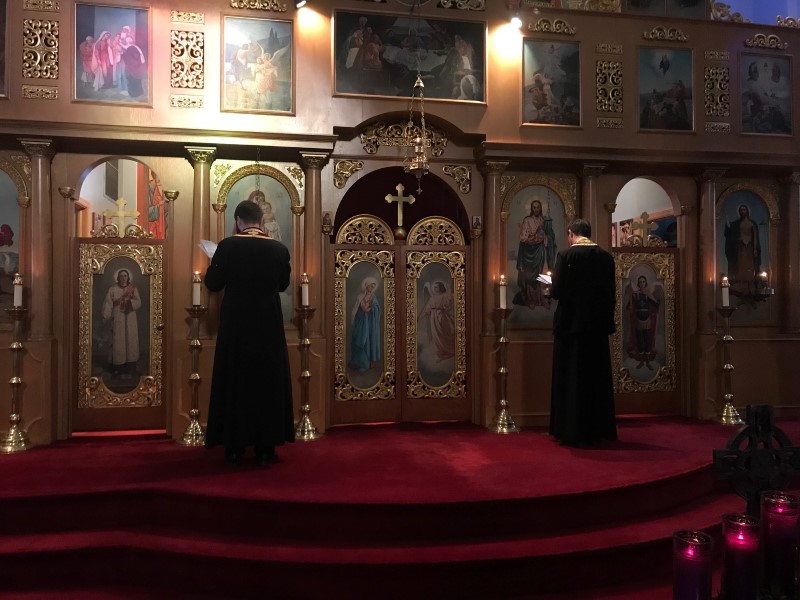 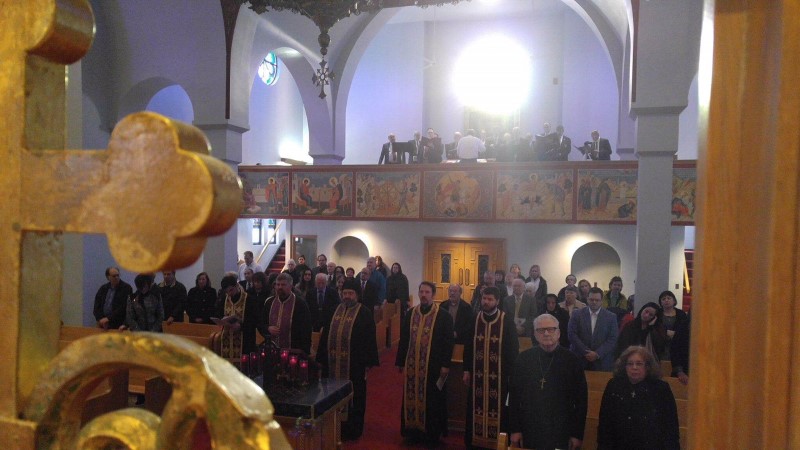 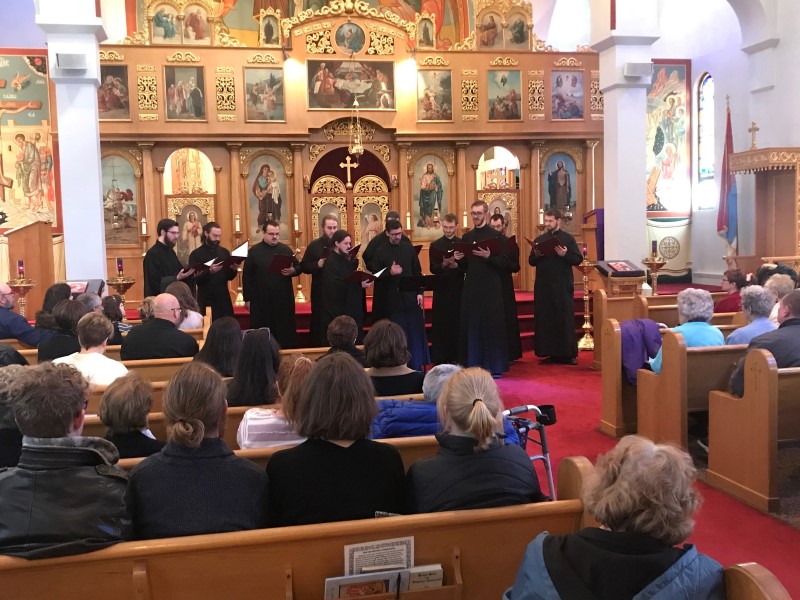 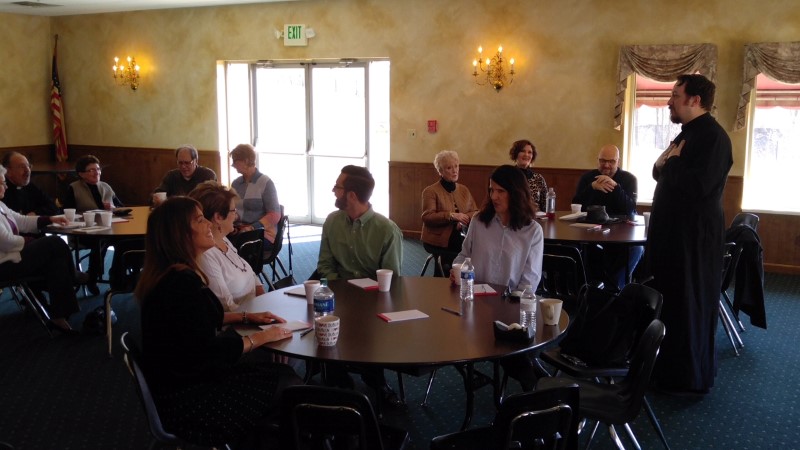 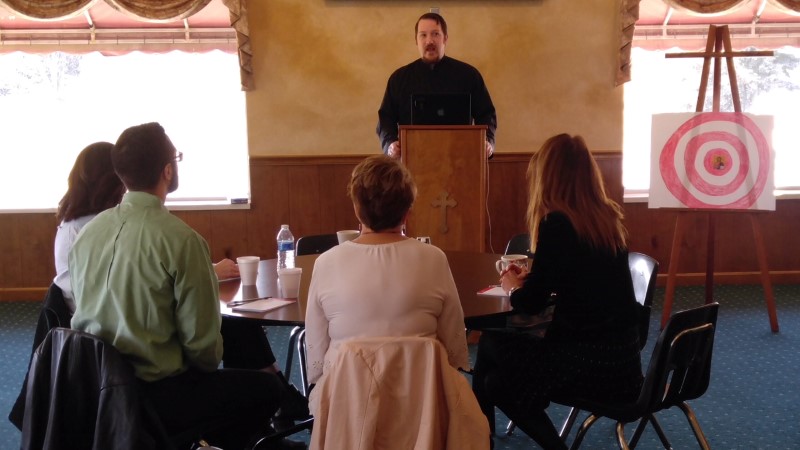 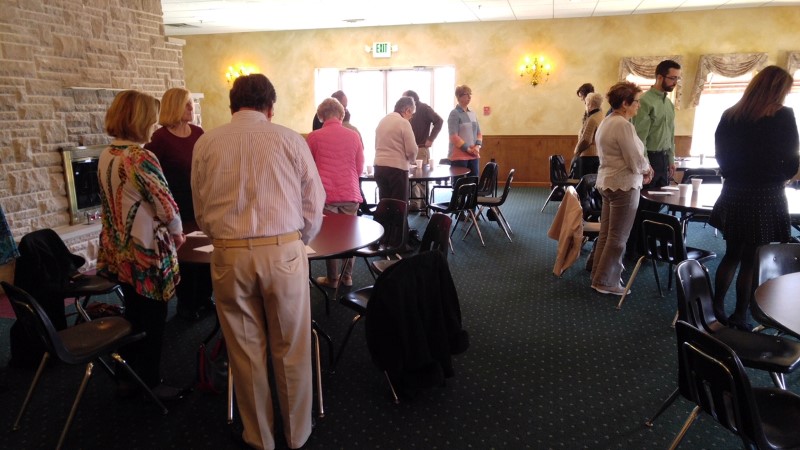 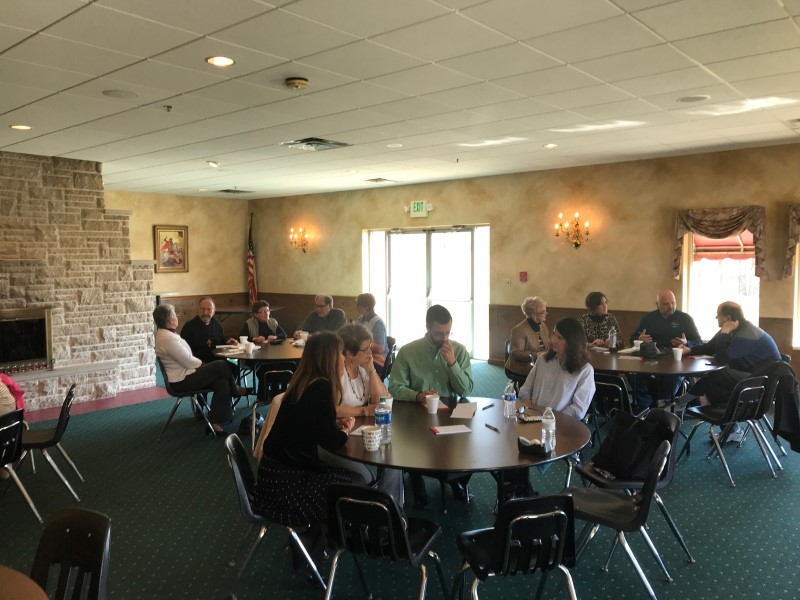